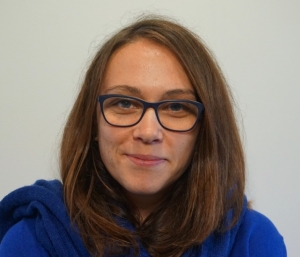 Phylogenetic inferences in Passiflora based on the analysis of chloroplast genomes 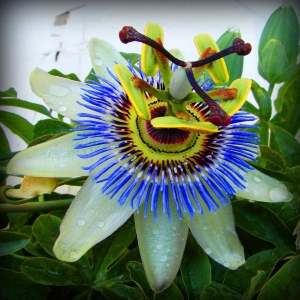 Phylogenetic inferences in Passiflora based on the analysis of chloroplast genomes

Using chloroplast genome sequences (cpDNA), our research group has carried out phylogenomic analyses that resulted in strongly supported trees, providing a better understanding of the evolutionary relationships in the Malpighiales and the Fabids' clade...

The genus Passiflora consists of some 520 species, 145 of which occur in Brazil, and 83 are endemic to the country. The classical taxonomy, proposed on the basis of floral and vegetative structures, subdivided the genus into 22 subgenera. However, molecular phylogenetic analyses did not confirm that infrageneric subdivision, reducing the number of subgenera to four: Astrophea, Decaloba, Deidamioides and Passiflora, being Astrophea the more ancestral subgenus. Three clades were recognized as monophyletic (Astrophea, Decaloba, and Passiflora), but the position of Deidamioides remained unresolved, as this particular clade was found to be paraphyletic based on current data. Using chloroplast genome sequences (cpDNA), our research group has carried out phylogenomic analyses that resulted in strongly supported trees, providing a better understanding of the evolutionary relationships in the Malpighiales and the Fabids' clade. This analysis included the cpDNA of Passiflora edulis. In this context, the same approach will be applied to perform an evolutionary study in Passiflora, aiming to help to resolve the question about the status of the subgenus Deidamioides. The cpDNA of P. edulis revealed rearrangements that led to changes in the order of some genes. We suggest that these rearrangements may be associated to the infrageneric division. Moreover, the genes rpl22 and accD have been lost in P. edulis cpDNA and possibly were exported to the nucleus. We will investigate this finding, aiming to verify our hypothesis. The cp genome annotation is a crucial step, due to the presence of inverted repeat sequences and rearrangements. Therefore, we propose to use long sequence reads for generating accurate biological information to be use in the phylogenetic analyses. In this project we will perform field work aiming to collect 50 species of Passiflora, building two specimen-vouchered DNA banks: cpDNA and total DNA, and a selection of these will have their plastomes sequenced to answer the questions in a phylogenomic and evolutionary context. 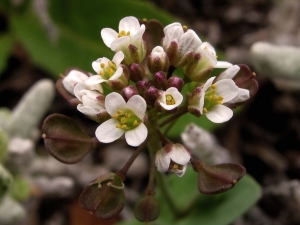 Plants have many intricate mechanisms to promote outcrossing. A common mechanism is self-incompatibility (SI), which allows recognition and rejection of self pollen through male and female specificity components, encoded at the S-locus. Despite the benefits of outcrossing, SI has repeatedly been lost. Theory predicts that mutations disrupting SI spread at different paces depending on whether they affect male or female functions, involve unlinked modifiers and whether they are dominant or recessive, but the importance of parallel changes for loss of SI remains unclear. The crucifer genus Capsella offers an excellent opportunity to study multiple transitions from outcrossing to self-fertilization, but so far, little is known about the genetic basis and timing of loss of SI in the self-fertilizing diploid Capsella orientalis. 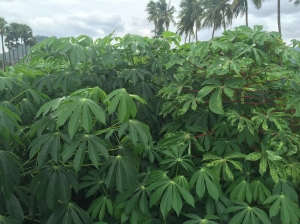 Cassava geminiviruses (CGMs) are the causal agents of cassava mosaic disease (CMD), the most widespread and devastating disease of cassava. Natural host tolerance against CGMs has been identified in the cassava germplasm and extensively used in order to breed CMD tolerant varieties. Despite the important use of the so-called CMD2-based dominant monogenic resistance, tolerance mechanisms have not yet been characterized in cassava. 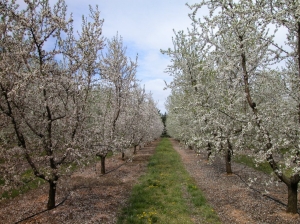 Root-knot nematodes (RKN) (Meloidogyne spp.) are extremely polyphagous pests with a high economic impact at the global scale. In stone fruit trees, three major dominant resistance (R) genes, Ma (plum),RMia (peach) and RMja (almond), have been identified and mapped in this objective. Pyramiding all three R genes opens the way to breeding rootstocks protected by at least two of them for a durable resistance...

Root-knot nematodes (RKN) (Meloidogyne spp.) are extremely polyphagous pests with a high economic impact at the global scale. In stone fruit trees, three major dominant resistance (R) genes, Ma (plum),RMia (peach) and RMja (almond), have been identified and mapped in this objective. Pyramiding all three R genes opens the way to breeding rootstocks protected by at least two of them for a durable resistance. The Ma gene has been characterized and cloned from a BAC and genetic markers have been developed for using in SAM.  After high-resolution mapping, the two other genes, RMia (peach) and RMja (almond) have been located and mapped on the peach genome, but their sequences were partially aligned on the peach genome.

The objective of the project is to construct 2 BAC libraries from the resistant parents Alnem almond and Nemared peach, to screen two new BAC clones, including each gene and to sequence the BAC clones on the PacBio RSII sequencer.  With the complete sequences of the Rmja and RMia clusters, it will be possible to apply a functional validation by the hairy-roots techniques and to develop new genetic markers for the SAM. New three ways hybrids ((peach x almond) x plum) have been created and it will be possible to select those with two or three R genes.

It will be possible also to study the polymorphism in the gene and in the regulatory region of the genes, between diploid Prunus species, plum, almond and peach. 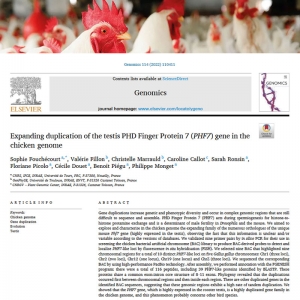 A genome sequence resource for the genus Passiflora, the genome of the wild diploid species Passiflora organensis 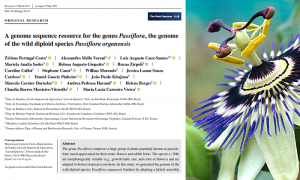 Building a cluster of NLR genes conferring resistance to pests and pathogens: the story of the Vat gene cluster in cucurbits 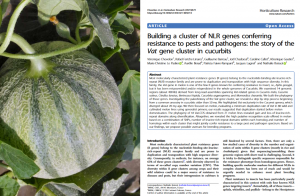 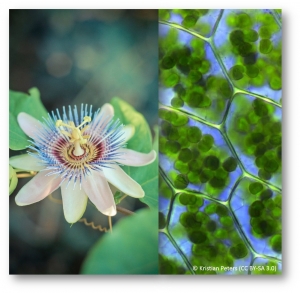 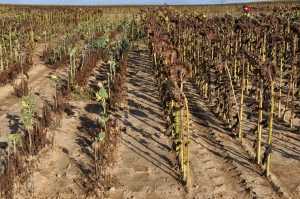 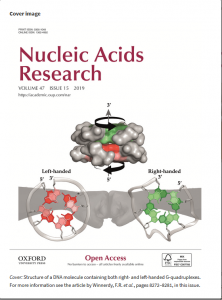 De novo sequencing of complex genomes is one of the main challenges for researchers seeking high-quality reference sequences. Many de novo assemblies are based on short reads, producing fragmented genome sequences. Third-generation sequencing, with read lengths >10 kb, will improve the assembly of complex genomes, but these techniques require high-molecular-weight genomic DNA (gDNA), and gDNA extraction protocols used for obtaining smaller fragments for short-read sequencing are not suitable for this purpose. Methods of preparing gDNA for bacterial artificial chromosome (BAC) libraries could be adapted, but these approaches are time-consuming, and commercial kits for these methods are expensive. Here, we present a protocol for rapid, inexpensive extraction of high-molecular-weight gDNA from bacteria, plants, and animals. Our technique was validated using sunflower leaf samples, producing a mean read length of 12.6 kb and a maximum read length of 80 kb.