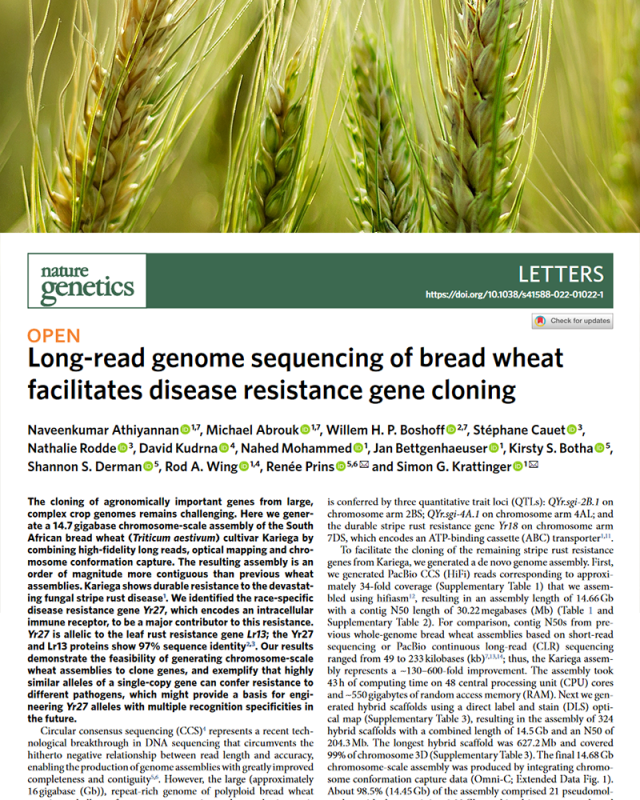 To transfer this trait to new cultivars under development, several laboratories worked together to obtain a high-quality genome with the aim of cloning the gene determining resistance to stripe rust.

For the production of the optical map of this genome, we encountered a previously unseen difficulty.

To remedy this, we developed an extraction protocol from roots that allowed us to produce the large DNA molecules required to obtain a high-quality optical map.

This publication is the result of collaborative work between the University of KAUST (Michael Abrouk, Hanin Ahmed, Naveenkumar Athiyannan, Simon Krattinger) also involving CenGen. At the CNRGV, this project has been realized by Stéphane Cauet, Nathalie Rodde and Caroline Callot.