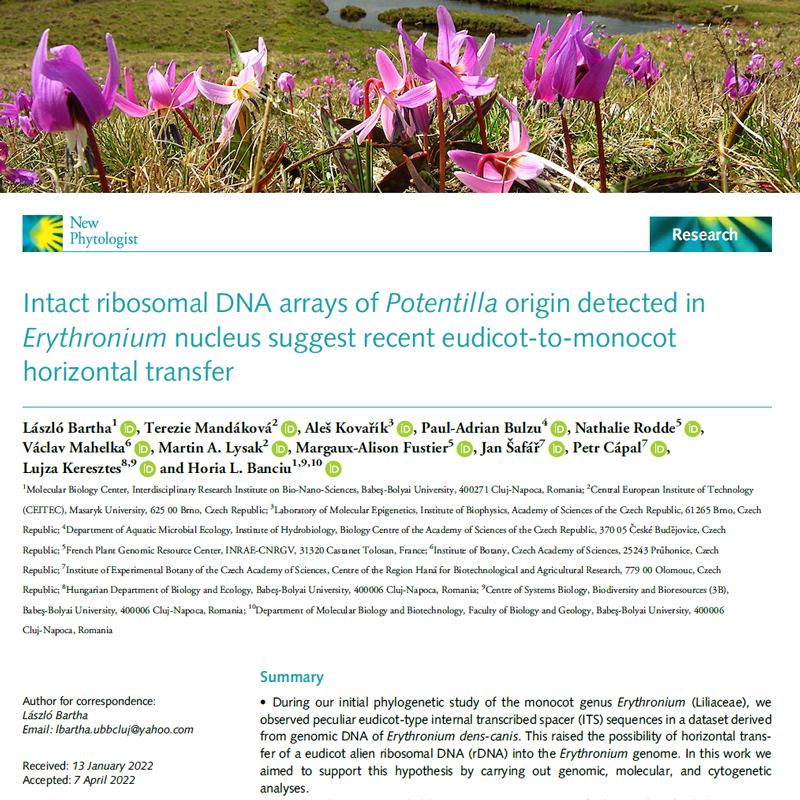 This publication describes a unique example of horizontal DNA transfer from nucleus to nucleus between non-parasitic eudicot and monocot.

To prove the phenomenon was real, a combination of genomic, molecular and cytogenetic analyses were performed to confirm the exogenous origin of the DNA considered.

Among these analyses, the isolation of the ribosomal DNA genomic sequence from Potentilla from the genome of Erythronium dens-canis was performed at the CNRGV.

For this purpose, we constructed a BAC library from the nuclei of the Erythronium dens-canis genome sorted by flow cytometry by the Centre of Plant Structural and Functional Genomics - Czech Republic, a method allowing to eliminate all cytoplasmic ribosomal DNA contaminations.

The BAC clones corresponding to the desired locus were isolated, sequenced and assembled at CNRGV.