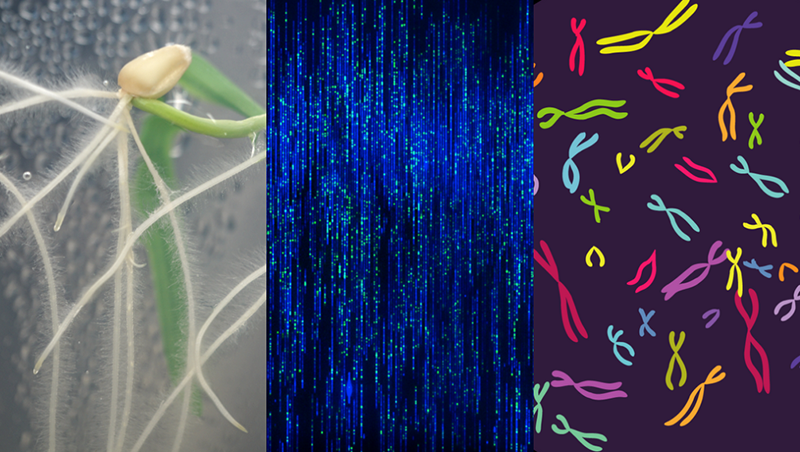 
The optical maps production requires high molecular weight (HMW) DNA and for some plant species, it is sometimes difficult.

Recently we had trouble producing HMW DNA for two wheat species, one diploid (n=7 chromosomes, 5Gb) and the other hexaploid (n=21chromsomes, 14Gb). After various tries, we managed to obtain the expected DNA by developing an extraction protocol from roots while we were working only from leaves until then.

In both cases, the largest maps correspond to chromosome arms.

For diploid wheat, the combination of the optical map with PacBio Hifi sequence data produced a high quality assembly of the genome with 24 scaffolds and an N50 of 522Mb.

These results were obtained by Stéphane Cauet, Nathalie Rodde and Caroline Callot (CNRGV) in the framework of two projects in collaboration with the KAUST University (Michael Abrouk, Hanin Ahmed, Naveenkumar Athiyannan, Simon Krattinger) also involving the CenGen and the Stellenbosch University for the hexaploid wheat.